Who is Jed Salang?

What happens in Vegas, stays in Vegas. Or so he thought.

He married Ai Ai delas on April 3rd in Las Vegas. And then she filed for physical abuse sometime after. So that’s what we know: the things he got from Ai Ai: a monthly allowance of P40,000; clothes, shoes, gadgets and accessories; use of her credit cards (how is this even possible?) for personal and pasalubong purchases for his family, friends, child and former girl friends. And then the physical abuse. And verbal abuse. 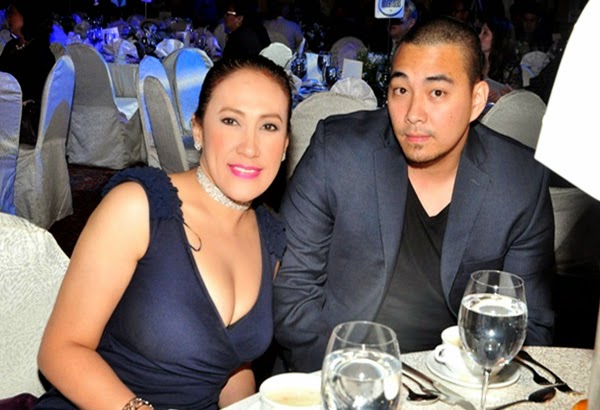 So he is Jed Salang. Well…

We know only of what he returned to Ai Ai delas Alas. A white Camaro sports car worth P3M which was given to him as a monthsary gift. Partly because he can’t pay for the monthly amortizations. Want to pay for it yourself? Uhm, the car is for sale. Not sure if they would allow installments, too.

Salang was earlier introduced by De las Alas to her fans as a businessman, had told him that he was not interested to keep the car, as he could not afford to meet its monthly installment fee.

This has confirmed earlier anonymous revelations by obvious supporters of Salang that the car was not bought in cash, and that the 28-year-old Salang would soon return it to the 48-year-old De las Alas.

De las Alas, a popular comedienne, actress, comedy concert queen and singer in the Philippines, recently revealed that she and Salang have been separated since May 2, when they were supposed to have celebrated their wedding ‘monthsary’.

They got married in a civil ceremony in Las Vegas on April 3, and had made plans for a church wedding in the Philippines on December 8.

In between sobs, De las Alas had told how Salang shoved her off the bed, slapped her and dragged her across the room on May 2, as he had wanted them to celebrate their marriage in a hotel-casino where he could indulge in gambling.

She has also revealed that Salang had abused her physically, mentally and emotionally when they were together. The couple had lived in as a common-law wife and husband for more than a year before their civil wedding.

This site uses Akismet to reduce spam. Learn how your comment data is processed.